It’s Not Polite to Talk About Religion or Politics 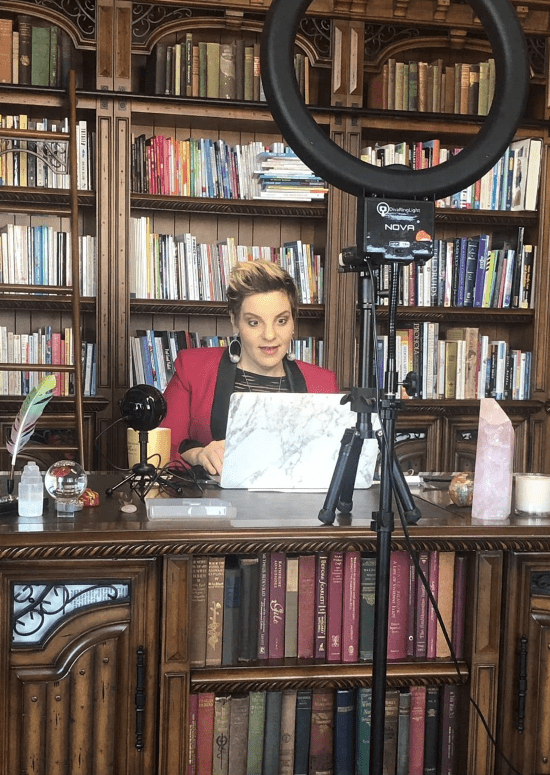 I recently taught a masterclass on how to write a book that generates 6-figures in revenue for over 1,500 people. I’ve taught this class, gosh, a dozen times? 2 dozen? Whatever it is— it’s a lot.

This time, however, I did something I’ve never done before.

During the training, I mentioned that as a company, diversity and equity for people of color and LGBTQ+ folks are a top priority. In the comments someone said:

“Oh no! Don’t bring politics into this!”

“What do politics have to do with writing a book with you!”

A small, but vocal faction of the attendees were pissed. This old tape in my head played this gem: “it’s not polite to talk about politics or religion.”

I was worried about losing business so I wanted to cover up or smooth over my beliefs and ignore the comments.

But then I thought about owning a business in 1934 Germany. Hindsight is 20/20, right? So if my business was started in 1929, would I have accepted Hitler voters as my clients? Looking back from here, how would I judge myself for that decision?

I know I would be proud of myself if I was clear on my politics and religion instead of being self-preservationist. (And look that’s just me, no judgement. I just want to be able to sleep at night, ya know?)

I didn’t stop talking about politics or religion in the masterclass. I didn’t ignore the comments. I declared my love of all things woo. I held an amethyst to my third eye for guidance. Took a few deep breaths and launched into my feelings on the state of white supremacy in America. And then… I told people who didn’t agree with my politics (which basically boil down to ‘don’t be or support racists, homophobes, or misogynists’) and my religion (we are all one and only love is real) they for sure wouldn’t enjoy working with me and they should leave the training.

Yup! I kicked them out! Gah! That was a first! It just came out of my mouth. (You can watch a replay of the incident here!)

I know this is terrible for business. I see how I am walking away from hundreds of thousands of dollars. I kinda think I don’t care. Working on someone’s book is so personal and it’s such deep heart-to-heart, belly-to-belly work, I just don’t want to be that intimate with people I don’t agree with on the things that are most important to me.

If I sold widgets maybe I’d feel differently. But still I know I would want to look back and say I refused to sell widgets to Nazis, so I don’t know.

For me it’s a tricky time in history. I like to think reasonable people can usually be anywhere on the political or religious spectrum, but everything feels so divided now I’m not sure that feels true anymore for me. Looking for common grounds feels more exhausting now.

Nothing but love for those who disagree but your comments are likely to be deleted.

What do you think? Is there a right time in history to talk about politics and religion in business? Or do you believe it makes more sense to hide your positions to increase sales?

Love, Light, and Visits from the Muses,